Senator Nan Grogan Orrock is the President of the Women Legislators’ Lobby, a national network of women state legislators launched by Women’s Action for New Directions in 1991.  After ten terms in the Georgia State House of Representatives, serving as the state’s first female House Majority Whip, she was elected in 2006 from Atlanta’s downtown neighborhoods to the State Senate. Senator Orrock is in her fifth term in the Senate, serving on the Committees on Appropriations, Health and Human Services, Higher Education, Urban Affairs, and Agriculture & Consumer Affairs.

Among Orrock’s successful legislative initiatives are passage of the Georgia Family Medical Leave Act, the Prescriptive Equity for Contraceptives Act, the Chlamydia Screening Act, Georgia Hate Crimes Act, and the Omnibus AIDS statute. She was named Public Health Legislator of the Year for her efforts. Orrock worked with a legislative team to pass landmark legislation regulating landfills and continues to monitor landfill issues and advocate for environmentally sound policy on air and water, solid waste, and nuclear waste.

Senator Orrock formerly chaired the Labor and Workforce Development Committee of the National Conference of State Legislatures. A member of the Bakery, Confectionery, and Tobacco Union, she was an active shop steward and leader during 17 years with Nabisco. She has played a major role in modernizing Georgia’s unemployment insurance system.

Senator Orrock is a member of Georgia Democratic Party Executive Committee, serves as a Trustee of the Sapelo Foundation and is a past board member of Women in Government, Atlanta YWCA, and Progressive States Network. She has been recognized and honored by the Center for Policy Alternatives, the Center for Democratic Renewal, Georgia Conservation Voters, the Human Rights Campaign, Georgia Equality, Georgia State AFL-CIO, ACLU, Georgia Federation of Democratic Women, Planned Parenthood, Feminist Women’s Health Center, United Food and Commercial Workers, Bakery and Confectionary Workers Local 42, Immigrants’ List, the Progressive States Network, and the Humane Society of the US.

Her activism began as a young college student when she stepped into the streets with the 1963 March on Washington for Jobs and Freedom. She worked with SNCC in Atlanta and Mississippi and led a community civil rights project in Black Belt counties of her home state of Virginia in the mid-sixties.  She has been featured in Governing, The Nation, and TIME Magazine’s issue on the 50th Anniversary of the March on Washington.  In 2013 she was awarded the Monroe Medal for distinguished lifetime service by the Board of Visitors of Mary Washington University.

Senator Orrock received her B.A. in English from Mary Washington College of the University of Virginia. Her work experience spans the fields of philanthropy, civil rights, union and community organizing. She is the mother of two grown sons. 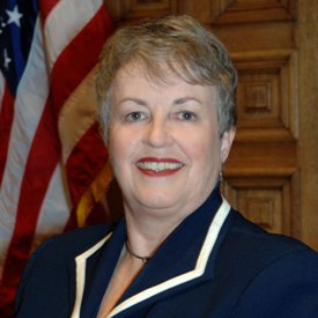