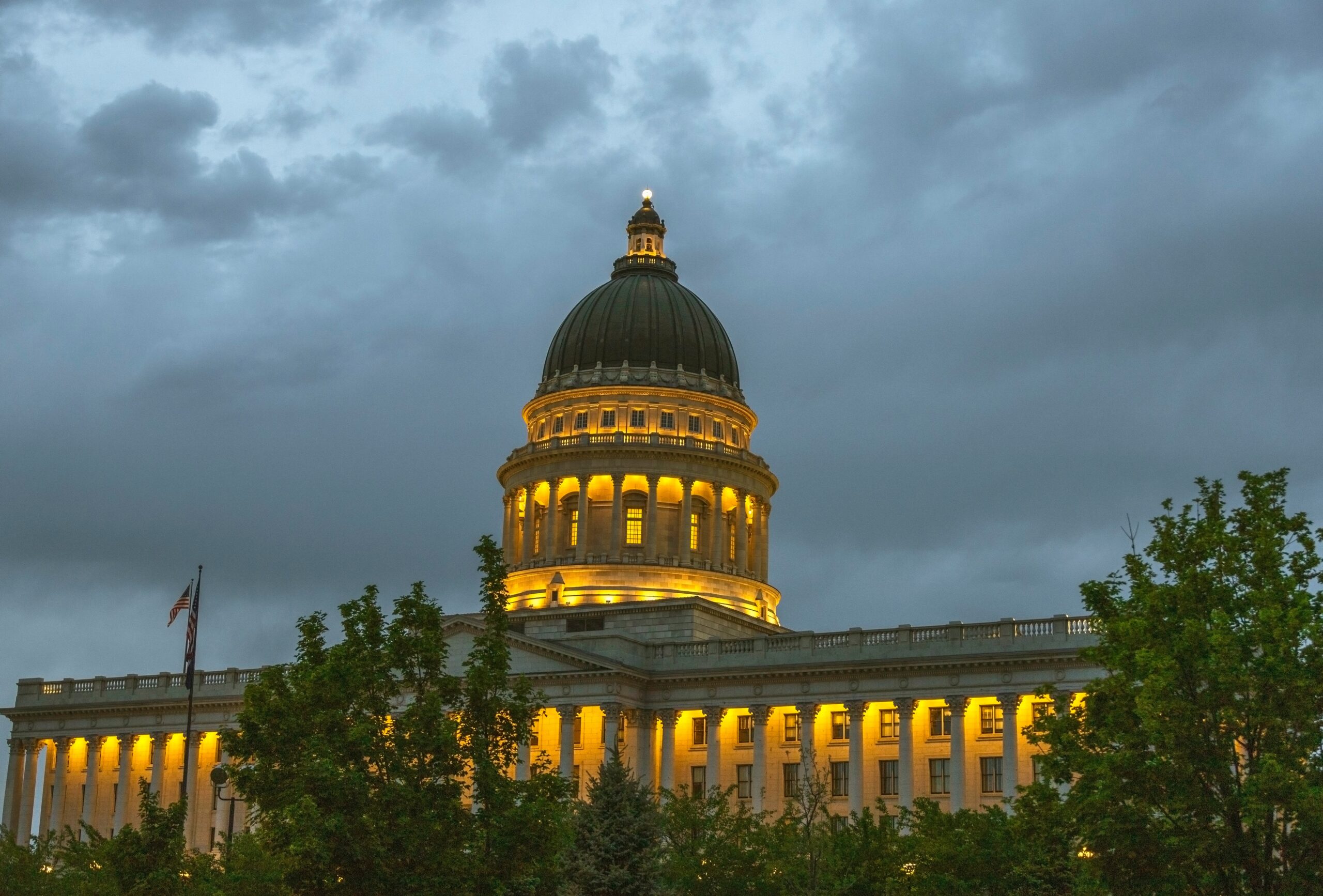 This past year saw unprecedented challenges due to the COVID-19 pandemic, yet states still passed many landmark environmental policies. The 2020 elections resulted in slight changes to the state legislature landscape, as Republicans gained a supermajority in two states. Despite shifts in power at the federal level, environmental policies are expected to still face congressional gridlock. As such, states remain crucial in pursuing bold environmental policies and taking climate action.

In 2021, states are poised to continue the progress they’ve made on issues such as renewable energy, reducing plastic pollution, wildlife protections, and preserving land and water.

Below are the primary policy areas NCEL staff expect to gain momentum in state legislatures this year.

Historic wildfires, hurricanes, and other natural disasters in 2020 have further reminded policymakers how important it is to take strong climate action. According to the IPCC, the world authority on climate science, the global economy must completely decarbonize by 2050. In 2021, NCEL expects to continue seeing states contribute to this need for bold decarbonization, largely by setting renewable portfolio standards (RPS) and emissions reduction targets. To date, seven states, DC, and Puerto Rico have passed legislation mandating a transition to 100% clean energy by or before 2050. In 2020, three states passed net-zero emissions targets, and Louisiana, Michigan, Connecticut, and New Jersey all issued Executive Orders and/or plans to significantly reduce carbon emissions. NCEL will watch these states closely to see if their executive orders can translate into legislation during the 2021 session.

Putting a price on carbon is still considered one of the most effective ways to reduce carbon emissions. Some states are considering their own carbon prices, and there is a major regional initiative underway. The transportation sector is one of the largest sources of emissions, which is why many Northeastern and mid-Atlantic states are looking at putting a price on transportation emissions through the Transportation and Climate Initiative Program (TCI-P). As of the start of 2021, three states (Connecticut, Massachusetts, and Rhode Island) and the District of Columbia have officially signed-on to the program, and eight others are considering entry. The states that have signed on to TCI-P have also committed to re-investing at least 35% of revenue from the program into overburdened and underserved communities disproportionately affected by transportation pollution. Throughout the 2021 session, NCEL will continue educating legislators in the region on TCI-P and climate-friendly transportation.

Throughout 2020, the federal government continued efforts to open coastal waters for drilling, including a half-million acres in the Gulf of Mexico, leaving state bans as the last line of defense against oil-drilling development along coastlines. To date, ten states have banned offshore drilling in state waters, and the Connecticut and Hawaii legislatures have already introduced bills for the 2021 session. NCEL expects to see more coastal states introduce legislation around coastal protection and offshore drilling in 2021.

Studies from around the world show that the emergence of zoonotic diseases such as COVID-19 that are transferred between animals and humans, are on the rise due to the global loss of biodiversity and humans living in increasingly close proximity to wildlife. Seventy five percent of emerging diseases are zoonotic. NCEL staff anticipate measures in economic recovery acts and/or stand alone legislation that will address the intersection of wildlife trafficking, ecosystem conservation, and the emergence of infectious diseases in 2021. The state of New York has already introduced a 2021 bill that will restrict the import and sale of animals that are known to carry zoonotic disease, and several other states are drafting similar legislation.

Pollinator populations are declining at alarming rates, caused largely by the destruction of habitats, changing climate, and the continued use of toxic pesticides. There are a variety of policy options for states to protect pollinators including: educational initiatives, private landowner programs, land conservation for native flowering plants, and heightened regulation of harmful pesticides, specifically neonicotinoids. Many states have or are planning on introducing legislation to protect pollinators in 2021 including Virginia, Arizona, New Jersey, New Mexico and New York.

Wildlife corridors have proven to be effective in increasing habitat connectivity, maintaining healthy ecosystems, and increasing public safety along major roadways. While wildlife corridors and crossings are a cost-effective solution to public safety and the decline of wildlife species, implementation has lagged relative to other countries such as Canada. This leaves plenty of room for state action during the 2021 session, including comprehensive wildlife corridor bills already introduced in Indiana and Mississippi, and a Virginia bill that would incorporate corridors into future infrastructure projects.

Protecting our land and water is a critical step in avoiding natural crises such as species extinction, heightened water scarcity, and accelerating climate change. Many scientists have called on elected officials to preserve 30% of Earth’s land and water by 2030. In addition to protecting land and water, 30×30 legislation will ensure increased access to the natural world for nature-deprived areas, specifically communities of color and lower socioeconomic status. And it will maintain the wellbeing of outdoor recreation – an industry that provided 5.2 million U.S. jobs and $778 million in 2018. 30×30 legislation has gained traction at the federal level in recent years and is expected to be part of a broad, national policy push in 2021. However, legislation at the state level remains an effective component for lasting conservation efforts of this magnitude, and NCEL expects states to continue introducing 30×30 bills during the 2021 session.

Following another active flood season in 2020, the need to address the declining health of the Mississippi River is more pertinent than ever. Increased flooding continues to lead to nutrient pollution stemming from agricultural and recreational activities in the surrounding river basin. Policy approaches that address enhanced water quality standards, soil health, and conservation incentive programs for farmers are likely to gain momentum in 2021.

States continued to pursue bold plastic pollution legislation in 2020. Polluting our waterways and leading to a variety of public health concerns, plastic pollution is an urgent issue that states will continue to focus on in 2021. A promising policy solution is the creation of state Extended Producer Responsibility (EPR) for packaging systems which hold brands financially responsible for the waste generated from their single-use plastic products, and can demand brands to produce toxic free products. With the 2021 legislative sessions in their infancy, Washington, Oregon, and New York have already introduced bills with EPR components included.

Throughout 2020, states led the way in regulating the use of PFAS in consumer products and fire safety materials. Unofficially known as “forever chemicals”, PFAS are used in many nonstick products and linger in the environment and humans bodies for years, due to their inability to naturally breakdown. In 2020, 30 states considered PFAS legislation, indicating state legislators’ commitment to reducing public exposure to these toxic “forever chemicals.” This strong legislative momentum is likely to continue throughout 2021, evident in the diverse collection of states that have already introduced PFAS bills for the 2021 session such as South Carolina, Arizona, Connecticut, and Indianna.

For the 2021 session, Oregon, Virginia, and Texas all have introduced bills with heightened protections and empowerment opportunities for environmental justice communities — lower-income communities, communities of color, and communities that exist in that nexus, who face the greatest risk of adverse health impact from industrial pollution.

Other policy approaches likely to gain more traction this session are those which identify and address the “cumulative impacts” of various pollutants on underserved communities over time. A 2020 New Jersey cumulative impacts bill was a major success story and could likely serve as a model for the rest of the country heading into 2021 sessions. Overall, NCEL staff expect many states to follow suit in introducing and including environmental justice and equity components in legislation.