Senator Henry Stern is a sixth-generation Californian and native of the greater Los Angeles
area who has represented the nearly one million residents of the 27th Senate District since
first being elected to serve the 27th Senate District in November 2016.
Stern has chaired the Senate Natural Resources & Water Committee since 2018, where he
has worked tirelessly to bolster the state’s wildfire preparedness, push to have the state
address the climate change emergency, improve our democracy and fight to help some of
California’s most vulnerable members. He also sits on the Senate’s Budget, Judiciary,
Environmental Quality, Elections & Constitutional Amendments, and Energy, Utilities &
Communications committees.
Since first taking office, Stern has focused his legislative attention in four main areas:

-Attacking climate change and increasing the use of renewable energy.

-Improving the state’s wildfire prevention policies and giving homeowners the tools
to protect themselves when fires do break out.

-Strengthening our democracy by establishing paths to voter access, fighting against
misinformation, and encouraging civics education.

-Helping vulnerable populations, including people with intellectual and
developmental disabilities, the elderly, and victims of human trafficking.
A former educator and environmental attorney, Stern received his undergraduate degree
from Harvard University and earned his law degree at UC Berkeley. Born in 1982, Stern
lives in Los Angeles County with his wife, Alexandra Stern, whom he married in 2019. 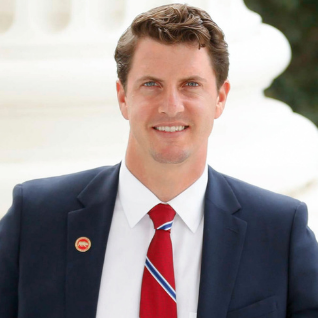