Brenda has also formerly served on the Board of the John F. Kennedy Susan Gray School for Children who have been abused and with special needs; Chairperson, Board of Margaret Cunningham Women’s Center; Advisor, and Undergraduate Chapter of Delta Sigma Theta Sorority.

Other community involvements have included Chairperson for the United Negro College Fund Volunteer Committee.  She has served as the President of the Senior Citizen Inc. Board; the Board of Directors of Skyline Medical Center and Trustee for the Belmont Board of Trust.

Mrs. Gilmore works in the Tennessee State University Alumni Association. She is a member of WIN, Nashville Women Political Caucus, and Chair of the Nominating Committee, League of Women Voters. Brenda is the former President of CABLE, a women’s business organization of over 500 women.

She is a Lifetime Member of the NAACP, and holds membership in the Music City Chapter of Links, Chair, Arts Committee, Top Ladies of Distinction and the President of the National Hook Up of Black Women, and the Minerva Foundation of Delta Sigma Theta Inc.

Brenda Co-Chaired the capital campaign for the Northwest YMCA and has successfully raised almost $4 million dollars for an indoor swimming pool.  She previously served on the board of Middle Tennessee YMCA, and has chaired the We Build People for the YMCA, raising over $100 thousand dollars for scholarships.

In the Tennessee General Assembly, she is on the Fiscal Review Committee, the Budget and Finance Committee and the Business and Utility.  Rep. Gilmore Chairs the Tennessee Black Caucus of the State Legislators, and Co-Chairs the STEM Caucus.

She has received numerous awards.  She and her husband, Harry has been married for 43 years.  They have one daughter, Councilwoman Erica Gilmore and one granddaughter, Anyah Gilmore Jones, who is a high school scholar at Martin Luther King.

Mrs. Gilmore is a member of Mt. Zion Baptist Church.  She works with passion for issues affecting poor people, disadvantaged, women and children. 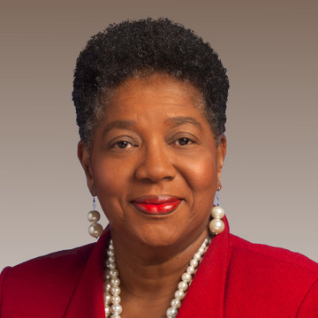